Bayer applies innovation and technology to help farmers around the world be more successful, producing healthier foods and animal feed and reducing the impact on the environment.

Companies often rely on a significant amount of legacy software – applications designed around outdated or unsupported formats, computer systems, or application programs. While they often contain very well-validated and extensively developed logic and algorithms, they are usually very difficult or impractical to use (or access) resulting in inefficiency and underutilization. Programming replacements is often not an option due to the cost of the development plus the cost of testing and revalidation.

EASA makes our valuable legacy software more accessible to new users. It does not alter the underlying code so there is no need for revalidation. We have created many EASA applications without any programming, in a fraction of the time that would have been required using a conventional language…EASA provides the opportunity for substantial productivity improvements throughout our organization.

Numerous legacy applications combined with engineers who were accustomed to modern user interfaces, found the archaic text-based “green screen” and DOS-based GUIs to be difficult and impractical to use. The cost to rewrite and revalidate them was deemed too expensive

Bayer was able to breathe new life into extremely valuable legacy codes which had become – by modern standards – only marginally usable. The transformed tools were greatly enhanced with new characteristics endowed by EASA, including:

EASA’s unique technology enables the codeless creation of modern, web-based GUIs on the user-facing side, while transparently running, and thus reusing, the actual legacy application on the back-end.

Over the past four decades, IT staff at Bayer have developed many custom applications to help the firm’s managers, engineers, and plant operators to solve problems specific to the business. However, these applications were developed in the days of DOS; being command-line driven, they were very difficult to use, especially for younger employees accustomed to more modern graphical user interfaces.

“The text-based interface required the user to get the syntax exactly right,” says Ed Casanova, Manufacturing Technologist for Bayer. “If a user typed an incorrect character or a character in the incorrect location, an unhelpful error message would appear. The user typically had to start over, trying to figure out what they had done wrong. Even more serious was the risk that data might be entered incorrectly – the program would run, but return the wrong results.”

Managers considered out-sourcing a rewrite of the applications but rejected the idea because each application would have cost anywhere from $20,000 to more than $100,000. Not only that, the rewritten applications would have required a lengthy revalidation and testing phase, which would have been prohibitive.

Bayer was able to wrap the existing tools in modern user environments for a fraction of the cost of rewriting the legacy applications. Because the legacy software was reused in its native form, there was minimal testing and virtually no revalidation needed. Users could now easily leverage these previously under-utilized software assets.

While EASA applications can be built for many different purposes, one of the more frequent uses involves the creation of applications that “wrap” legacy codes, databases and spreadsheets – thus significantly improving their usability.

The immediate effect is to dramatically reduce the learning curve and facilitate deployment of key legacy software tools. 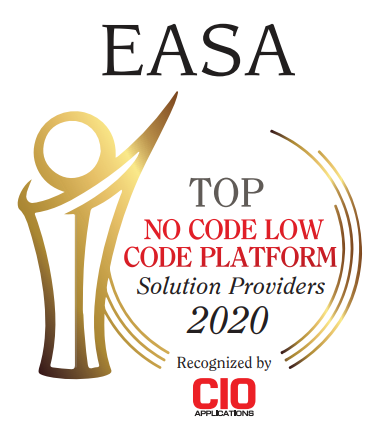